How did I improve latency by 700% using sync.Pool

PollScout indexes the best Twitter Polls from all over the Twitter 🌏. I have been a huge fan of Twitter Polls and when I was going through the Twitter Bookmarks, I realized that more than 80% of my bookmarked tweets were Polls. These amazing polls are hidden in the long tail of Twitter timelines.

Just reply with @pollscout track #related-hashtag to the Poll, and it will automatically get indexes on the PollScout 🎉.

We @media.net write superfast backends with at max 30-40ms turn-around time from web-service. We continuously try to reduce money spent per request. This blog enlists a few of our findings.

Precautionary warning: It’s a long post with a lot of code. Comment if I am unclear, abstract or vague at any point.

sync.Pool [1] comes really handy when one wants to reduce the number of allocations happening during the course of a functionality written in Golang. A Pool is a set of temporary objects that may be individually saved and retrieved. fasthttp [2], zerolog [3] are couple of those most popuplar open source Golang libraries which uses sync.Pool at the core of their implementation.

I ran a load test of 10-rps on my local machine for 10 seconds first on pooled-flow and then on non-pooled flow.

These latencies are higher because this service was running in Pune (India) office and communicating with other microservices running in Oregon (United States) :).

Here are some of the outcomes of one of our services 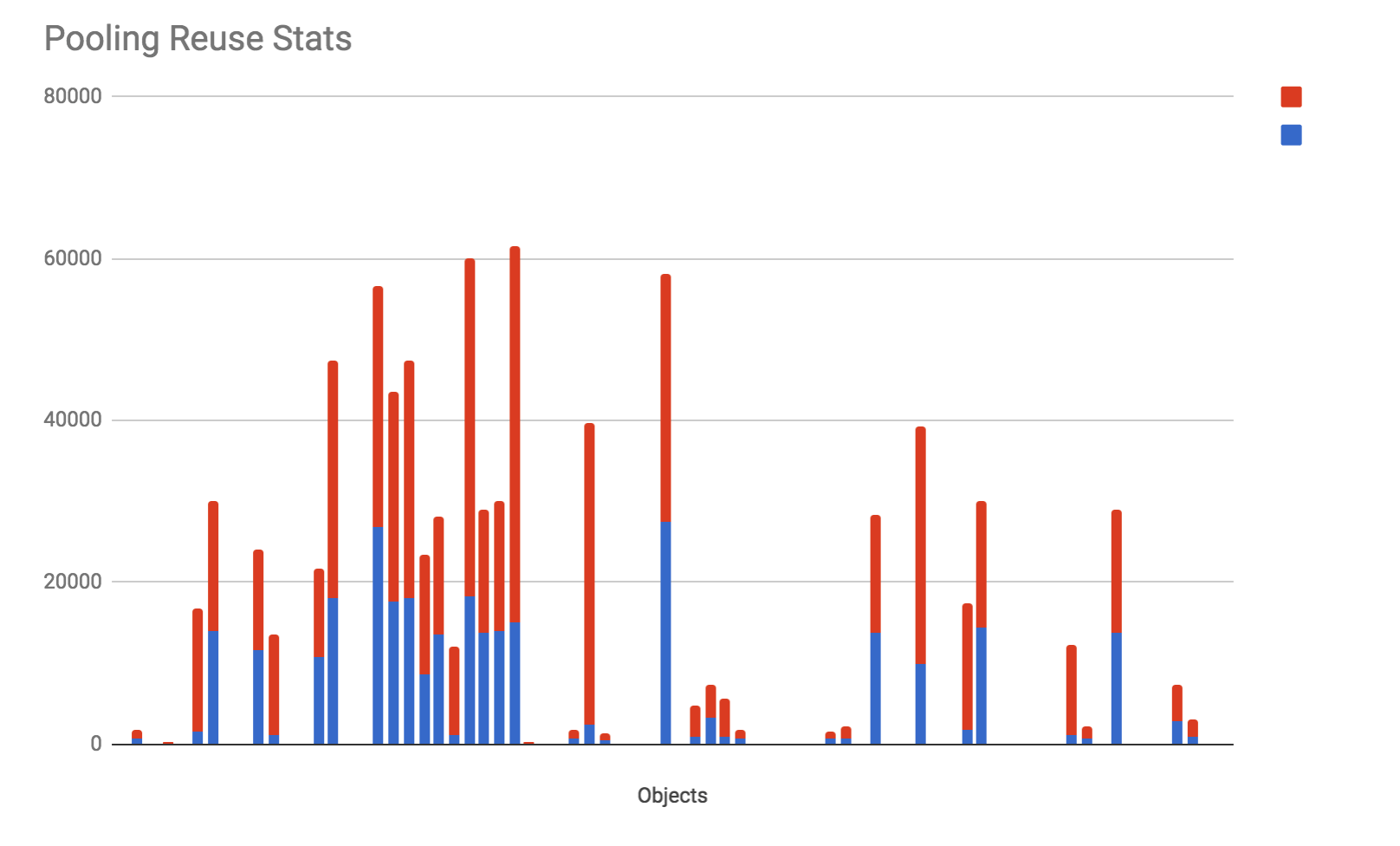 Precautions to be taken while using sync.Pool

What if you pass a pooled object to a go-routine and submit it back to the pool before go-routine yet to complete the execution?

This is a pickle, once you put back the object, it’s ready for reuse. So before you putting back the object inside the pool, you have to be sure that nothing else is using the same object for any other operation.

Let’s consider this flow in a more practical use case

Here is the typical flow for a Web-Service API.

Let’s assume that our controller is using pooled struct to read body of the incoming request. 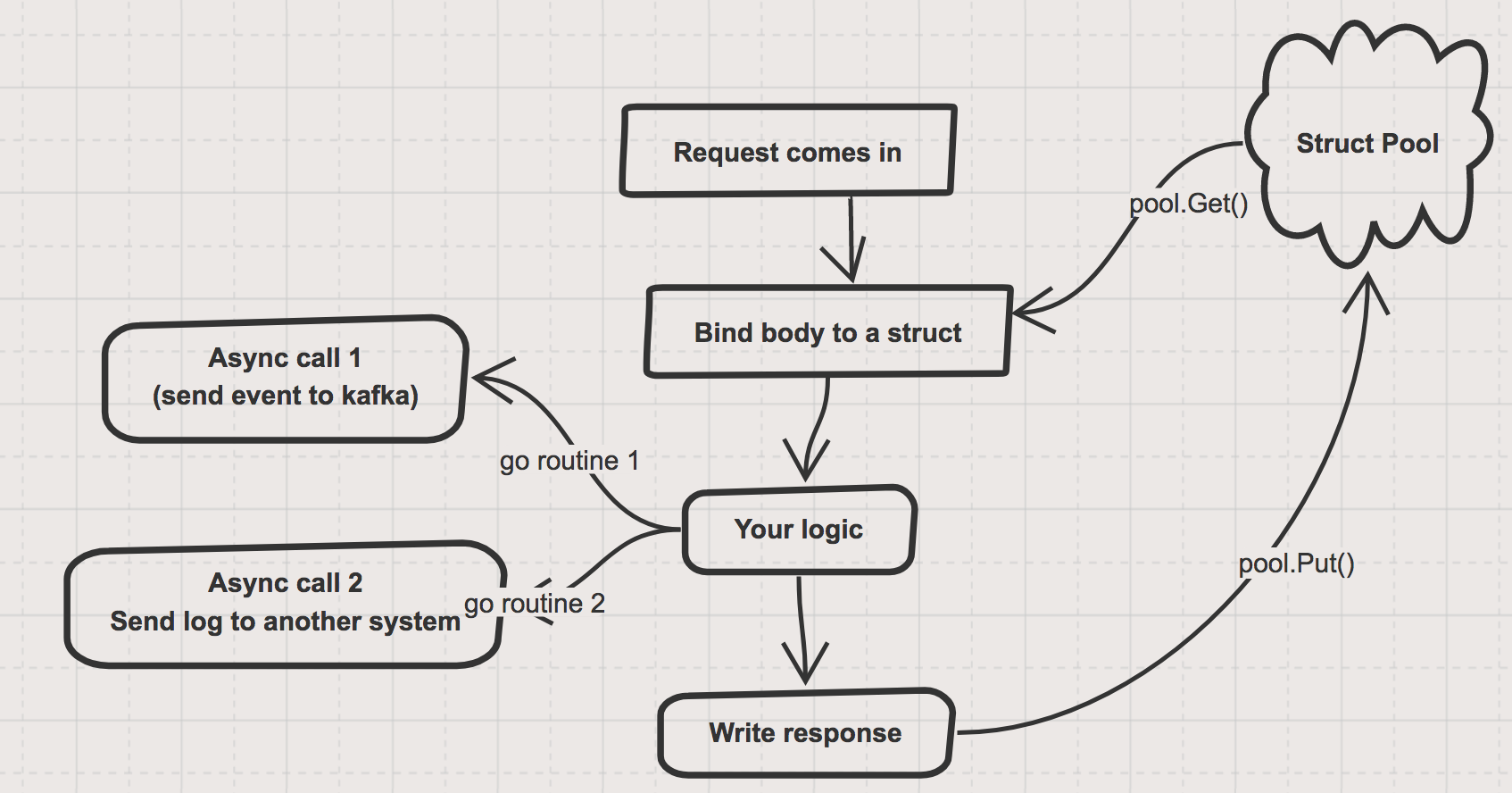 The issue here is, what if Async Call 1 takes more time and before it completes it’s functionality, your controller has written the response, and object is put back into the pool!

The only solution to it is manual reference counting for the pooled objects. When I started googling about the solution, I came across a nicely written blog here[4].

Basic flow for Reference Counting will be:

This implementation is highly inspired from the hydrogen18 blog, but has some modifications which are necessary for a practical web app.

We will write a struct that implements this interface, which can be embedded in our own structs.

And finally the Event pool

This entire method seems a bit of an overhead, and requires a lot more precision while coding. You miss Reference counting at one place and it could result in a lot of unwanted results. But this works like a charm (see the benchmarks) once you get it right.

👋 I am working on a rapid product development experiment called 12x12!. During this experiment, I will build 1 side-project every month from idea to release 🚀.
Click on the link to for more info 🙇‍♂️.